Our third day was my favoooorite. We spent the day biking around Arashiyama, a small town west of Kyoto. There was a bike rental station right by the town’s entrance, with Japanese bikes neatly lined up outside begging to be admired, so we let ourselves get wooed in. The prices weren’t too shabby (around Y800 if I remember correctly), so in just a few minutes we found ourselves trying to balance on our own assigned bikes.

Except, thing was, I haven’t ridden a bike in yeaaaars (and neither has my brother, but he adapted quickly). So immediately after riding mine and wobbling, I started to regret it and think I may have just wasted my money. The sales guy followed me around for a while, assisted and at times laughed; it was so embarrassing! But turns out you really don’t forget how to ride one. Took a whiiiile, but I eventually got a hold of it and later found myself fearfully but able to bike alongside cars and trucks.

I cannot even count how many times I’ve had to immediately break and risk falling because the wind would blow. Once, it happened while I was in the middle of a bridge (the Togetsku-yo Bridge!), alongside huge trucks—I pulled the break so hard I swear my bike and I could’ve cartwheeled (and could’ve fallen flat in the middle of the road, and then—yeah, let’s not go there) if I hadn’t been able to balance. A group of students saw me and literally gasped. (I’m just thankful they didn’t laugh at me, lol.)

At some point, having been so preoccupied with whether my skirt was safely sitting on my lap, I lost my brother in an intersection (of all possible areas, my gosh). Not even going to try to mask how scared I was at that moment, lol. While I waited for the stoplight to signal ‘go’ to the pedestrians and bikers, I looked around and could not find him amongst the sea of people. I went with my gut and chose to bike straight, and thankfully, oh so thankfully, found him parked across a shop waiting for me.

Anyway, those struggles aside, I had the absolute best time. We went to a temple, had lunch in a lovely restaurant overlooking the mountains:

Went into the Bamboo Forest (but apparently not far enough to reach the part that’s so beautiful in pictures, sigh; instead our photos were in the part with electrical wires hanging around), had matcha-flavored ice cream in Sagano-yu Café, this former bathhouse turned coffee shop:

…saw shiba-inus (Hachikos!) and tried to interact with their non-English-speaking owners, and headed back a little late to return our bikes at the entrance (the sales guy was already in his bike about to set out to look for us, oops).

After exploring Arashiyama, we headed back to the city and roamed around Shijo-dori‘s shopping district.

Thanks to Foursquare, my brother tracked this ramen restaurant down — and it ended up being our best meal in Japan. If you’re ever here, it is an absolute must to dine at Ichiran. You’ll most likely have to line up and wait a while like we did, but it’s so worth it. Upon getting seated and having our ramen served, we took our cameras out for a few photos. This seemed to amuse the Japanese people beside us for some reason (they were watching us and laughing, lol) and they then took their cameras out for some shots too, as if they had been holding back before seeing us, haha. (Or maybe photos weren’t allowed and seeing us inspired them to say “screw it,” haha, who knows.) 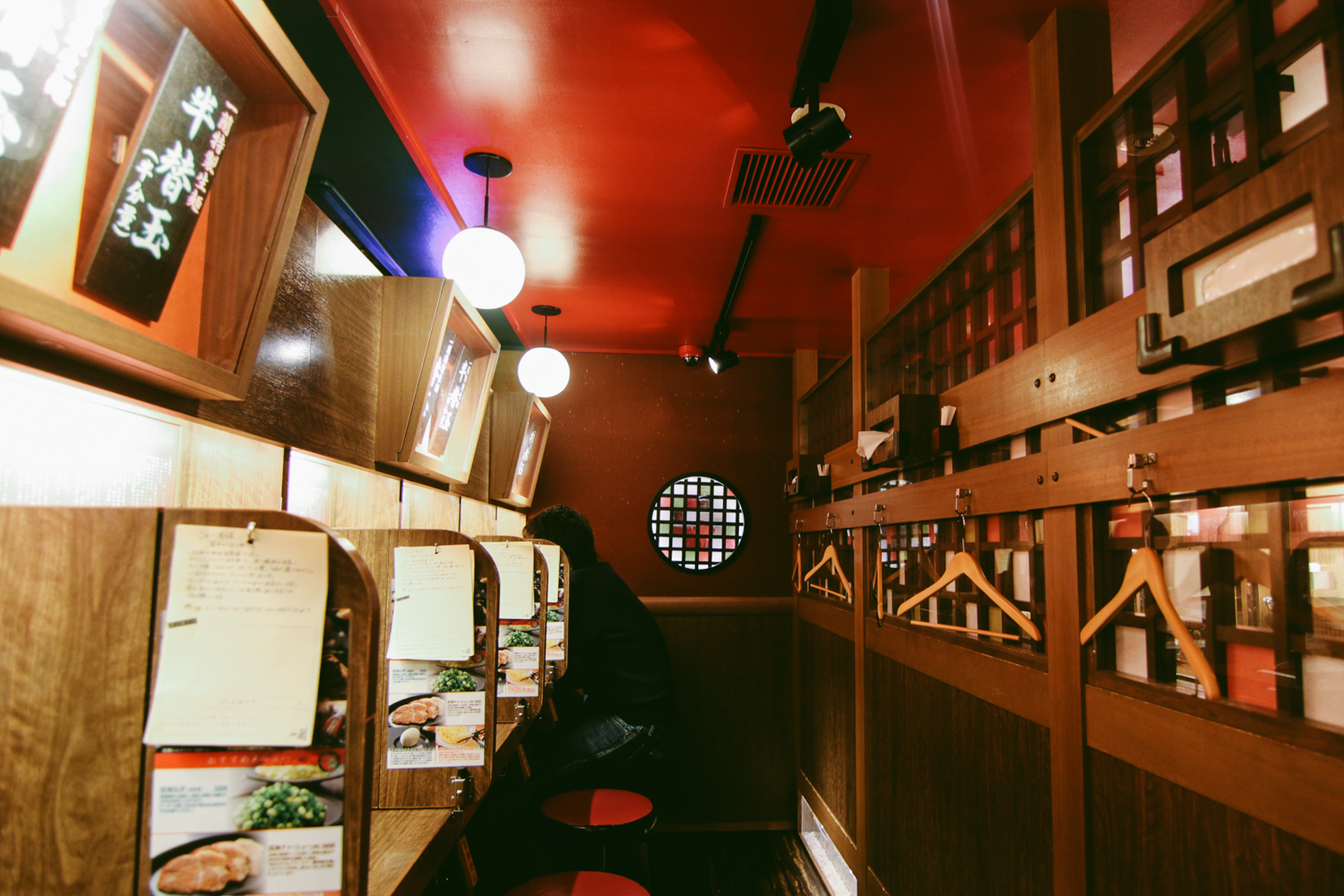 We roamed around a bit more afterwards, then called it a day. This was probably my favorite out of all of my days traveling in different countries. I felt like a kid again on that bike; it reminded me of my ten-year old self, biking around our village to meet my neighbors for a round of patintero or dodge ball. It reminded me of how it felt to be young and carefree. And getting to do, to feel that around such a lovely little town rich in culture, surrounded by nature? Bliss.

We got lost as usual on the way home and had to seek help from a kind police officer (who escorted us to the bus stop we were looking for and gladly permitted us with a selfie), and my brother forgot the bag I had just bought in the bus, so the going home part was a bit rough, but this being Japan we got the bag back unfazed and we got home eventually. I think, at that point, having already been exposed to how safe the country was, we had gotten used to getting lost and were starting to not mind it. Enjoying it a little, even, dare I say. ∎

More from Michelle gets lost in Japan: Day one | Day two